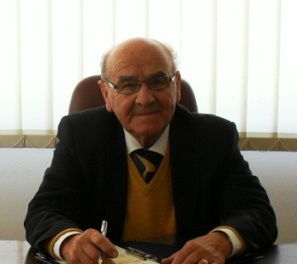 Joaquim Gomes da Costa, was born on the 18th January 1933, at Venda, Maceira-Leiria, he was the founder with his two children of Tecnicoembalagem  at April of 1985. Work 30 years at Fábrica de Sacos de Papel da Cimpor-Cimentos de Portugal, SA (that no longer exists) at Maceira Lis, having the responsibility during 25 years of being the production director. His professional experience acquired through all this years, nationally and internationally, together with his lider profile, allowing him to take over the industry, always promoting sustainable growth. At Tecnicoembalagem, he was the biggest responsible for the productive, comercial and financial sectores to grow. Both suns had the privilege and luck to observe and learn everything about this sector with their father, later on, being Luis Costa the one that stand out with his dynamic ways taking over his father place modernizing it with innovative technology.

Expanding and modernizing Tecnicoembalagem facilities due to the increase of its production by the appearance on the market of open bags for the rations industries, as well as the year of the modern technologies.

Aware of the developments and market requirements, Tecnicoembalagem took a new step with the purchase of a pre printer machine, pioneered in the introduction of four colors.
Later this year, we purchased another machine that paste the bottom of the paper bags and a machine that manufactures the lateral of the paper bags, which forced us increase once again the companies facilities.

Received this year status of “SME Prestigious Industry´96“, in recognition of the quality, management and high performance achieved.

Receives once again the status of “SME Excellence Industry´97” for its outstanding performance in the economic, financial and management profile. Faced with the possibility of entering the market producing valve paper bags, Tecnicoembalagem, increases for the third time its facilities.

Receives once again the status of “SME Excellence Industry´98“.

On the 23 of May of 2002 the company gains a new name: Tecnicoembalagem – Transformation of Paper Bags, SA, no longer being a private limited company and becoming a public limited company.

In 2008, the company was honored as “SME Leader” for its quality performance and risk profile.

In 2009/10, Tecnicoembalagem purchases new equipment and once again expands its facilities.

Tecnicoembalagem purchases a new machine that will revolutionize paper bags printing, establishing itself as a strong advantage with what may have do to with the paper bags market. Another year again the company received the “PME Leader” status.

Tecnicoembalagem was certified by SGS Portugal, certification of management quality systems NP EN ISO 9001. It was also distinguished by IAPMEI, for the Quality of its performance and risk profile as the leading SME 2014.

Tecnicoembalagem made an investment in diversified equipment to meet the requirements of its customers. New year award status of leading SME status.